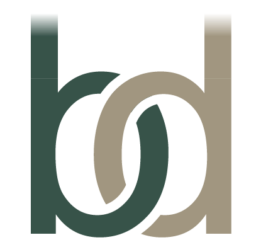 What is Interior Design? A (Closer) Look.

As part of Radius Gallery’s Show, Design / Desire (08/24/18 – 09/22/18), a show I guest curated featuring Ty Best from Caste Design and a host of talented artists, I’m doing 5 written installments regarding my role as an interior designer.

What is Interior Design?

As a relatively new profession, Interior Design is constantly evolving and is often confusing to the general public.  Interior design is the art and science of creating or renovating an interior environment to achieve a healthy and more aesthetically pleasing environment for those using the space.  People generally understand that I, as an interior designer, research, plan, coordinate, and often manage the projects of enhancing the interiors of buildings.  This spans from conceptual development to space planning, programming, site inspections, communication, to execution of the design. What may be surprising are the fundamentals and elements that go into my process as an interior designer.

What began 100 years ago as Interior Decoration, two pioneers, Elsie de Wolfe in the U.S. and Syrie Maugham in England, are considered the first professional designers.  Independent of one another, they created the profession as a direct departure from the small dark spaces that were their upbringing: Victorian architecture and interiors.  They each responded with an approach that was light (even white), cheery, more open and the public noticed because it felt good and functioned better at that time.

As home expenditure increased after the 1950s, interior design and decoration books / magazines were published and largely accessible to the masses. Universities and art schools began to teach the principles and practices of interior design, creating curriculums that expanded the field far beyond just decoration.  As the interior design profession evolved to create specialties, regulation became enacted, and the effort to achieve interior environments that aid in quality of life and safety for all users became paramount.

I pride myself in creating environments that are beautiful, functional, safe, and inspirational.  My background is in interior architecture and design, so my approach is designing the whole environment from the inside out.  This includes moving walls, framing views, and creating highly functional spaces that are adorned beautifully.  Structural changes and decisions regarding plausibility and safety are always made with an engineer, architect, and / or contractor in the conversation.

Interior design is a creative pursuit, however, it relies heavily on research, listening, study, findings, and fundamentals.  We’ve all been in an environment where no design thought was taken into account. Ugh. Conversely, we’ve experienced environments where the principles were askew.  Yikes. There are 6 design fundamentals, known as the Principles of Design, which serve as the basis for interior design.  They are scale, proportion, rhythm, emphasis, balance, and harmony.  These principles and how they are evaluated determine whether an interior is magnificent, mediocre, or just wrong.

Scale– Refers to the entire perspective of the space.  The objective is for objects to be harmonious in dimension and mass.  Objects relate to and enhance each other.

Proportion– Measures the ratio of the parts to the whole. This is a mathematical equation that also settles in as a feeling: The Golden Ratio, which is also widely found in the natural world.

Rhythm– Informed by the flow within a room, then throughout the environment. An environment follows a beat and isn’t erratic.

Emphasis– The importance of a focal point or points within a room or space.

Balance– Achieving equilibrium.  This can be obtained via symmetry, asymmetry, or radially.

Harmony– Creation of a feeling of unification and an agreeable whole. It all makes sense and it’s timeless.

While design fundamentals serve as my guide, Design Elements are the minutia that inform every fine artists’ work. These have been defined and refined over the course of history. The design elements are light, color, texture, pattern, line, space, shape, form, and mass.  Each element informs and enhances the interior environment and have symbiotic relationships with each other.

Light– Whether natural or man-made, light is the element that without, the other elements have no significance.  An interior environment relies on many layers of lighting to succeed: general, task, ambient, and decorative. I am of the school that the more layers and options to operate the layers, the better.  Also, the accuracy of color, texture, and pattern depend 100% on the quality, quantity, and temperature of light.

Color– Perhaps the most evocative of the elements, color and its effects on human behaviors have been widely studied.  I’ve done extensive research on how to evoke behavior through color.  What I would put in a preschool is quite different than a restaurant.  Color is also deeply personal and subjective as certain colors remind us of seasons, experiences, and memories.

Texture– The actual tangible surface of a material.  Texture enhances an experience in an interior environment and adds another sensory element to a space.  My aesthetic has been consistently texture driven.  I’ll often use texture in lieu of color for subtlety or restraint.

Pattern– The order of an arrangement of forms on fabric, wall coverings, rugs. Pattern can be small, medium, and large in scale, and I often use them strategically in tandem with other patterns.

Line– Used to create width and height, or the appearance of activity, movement, and flow. Horizontal line is considered secure or restful; vertical achieves expanse or tension; angular is more hyperactive; while curvilinear denotes softness. I’ll often use a combination, with one prevailing to give the overall desired emotive effect.

Space– Whether small spaces or expansive, the amount of space or appearance of such, makes the human psyche respond positively.   We crave small spaces, we crave larger spaces.  It often depends on our mood and our background.  I find it equally important to carefully balance positive space (filled area) with negative space (unfilled area).  Traffic space is always an important negative space consideration for function and sanity.

Shape– The two-dimensional outlines of things / spaces. This a consideration in desired effect for balance and harmony.

Form– The three-dimensional configuration or construction of things / spaces.  Does the form follow function?  Does it make sense logically and aesthetically?

Mass– The actual or optical density of an object or building.  Is it too heavy?  Is it wimpy?  Do I want the effect to be monolithic or airy?

All of the above principles and elements inform each turn in my approach to interior design (and probably life, to be honest).  I’ve always described the practice of interior design as a logical art: a balance of problem solving, creativity, rules, and breaking rules. My days are spent with an incredible amount of thought going into every decision and detail.  Interior designers are curators of many different mediums (lighting, art, furniture, textiles), craft (excellence in the trades), technology, and architecture (what a human experiences as they live in and use the space): multi-faceted, impactful on a daily basis, important, and often over-looked.